While browsing articles about fatherless daughters, I ran across this interview between Oprah Winfrey and life coach Iyanla Vanzant. She discusses the three forms of fatherlessness, all equally devastating:

Interestingly, I personally identify with all three forms. Technically, I began my life with my father being present (the third definition)–but he died when I was only two. Because I was so young, he feels more like the daddy who was never there (definition two). Revisiting definition one, I had a father figure in my teen years, but he also died. Finally, I had a step-father most of my life, but he was ineffective as a father (definition one).

You can read a hundred articles on the effects of fatherlessness on daughters, and they’ll rehash the same info about being X times more likely to do poorly in school, to break the law, to practice promiscuity, etc.

I was deeply interested in Iyanla’s main point in the beginning of this clip: That a father shows a woman how to have an intimate but non-sexual relationship with a man. Why is this important?

All Male/Female Relationships Must Revolve Around Sex (Apparently) 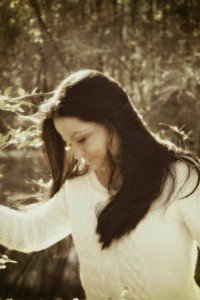 In my fiction, I write a lot about young women and their relationships with men – but these relationships are almost always non-romantic. The men in my girls’ lives may be fathers, grandfathers, uncles or other relatives, mentors, or family friends. (And occasionally, my characters surprise me by forming romantic attachments.)

I found out several years ago, in an online writers class, that if I didn’t express myself clearly in the sample scenes I sent in, that everyone in the group would quickly assume every male-female scene was between lovers. And they would be confused, because there would inevitably be something-or-other in the context of the scene that made it feel off somehow.

The fact is, the majority of a woman’s relationships with men will be non-sexual and non-romantic. (Hel-lo-o!)

Girls, You’re Only Good for Sex 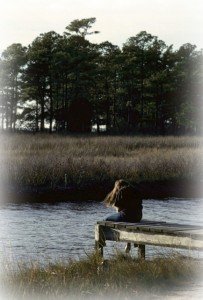 Lacking that intimate, non-sexual relationship – and growing up in a society that prizes sex and physical appeal – it’s easy for girls to get a strong, destructive message: They exist to give sex. This unbalances a woman’s entire perception of society, making men predators and women slaves. Women trapped in this fabric will take one of two mindsets: They will be bent on sex and beauty, hoping to never be abandoned again … or they will pull into a hole, fearing relationships with men and reasoning that the surest way to never be abandoned is to never love in the first place.

All The Kinds of Love 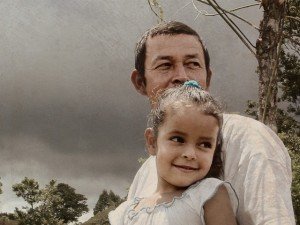 When I say “love,” odds are, you think of romantic love. I don’t. When someone says “love,” I ask, “What kind?” There are many kinds of love, and I see them all as being hugely important. In fact, they exist like levels to be mastered before moving on to the next:

My argument? You can’t skip the first three levels and expect to master Level 4. An intimate, non-sexual relationship between a girl and her father is full half of Level 1. No wonder fatherless daughters struggle with relationships.

Before a woman can form a strong romantic relationship, she needs to know her identity and value as a person.

Were you a fatherless daughter? Which of the three kinds of fatherlessness describes your experience?