I’ve been waiting on pins and needles for a long time to see this book come out! Way back when, I had the honor of critiquing the opening chapters, and I have been dying ever since to know whatever became of the little group of castaways. And now … IT’S HERE! 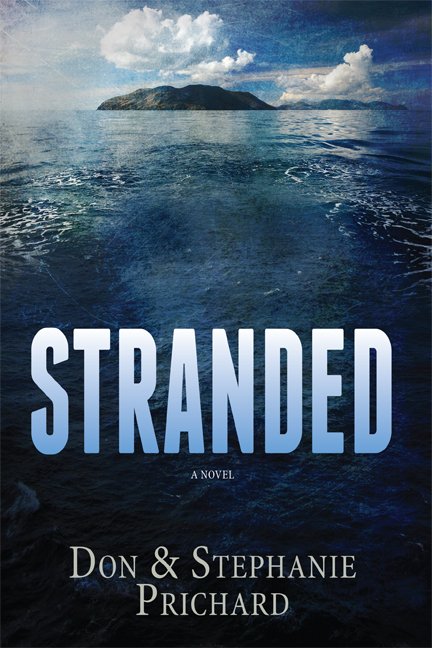 All Marine Corps reservist Jake Chalmers wants is to give his dying wife a last, romantic cruise to the Philippines. Unable to save her in a mass murder aboard ship, he washes ashore an uninhabited jungle island, where he discovers three other survivors. Heartbroken that he failed to save his wife, he is determined not to fail these helpless castaways.

Federal prosecutor Eve Eriksson rescues a young girl and her elderly great-aunt from the same ship. They badly need Jake’s survival skills, but why is he so maddeningly careful? She needs to hurry home to nail a significant career trial. And, please, before Jake learns her secret that she’s responsible for his wife’s death. 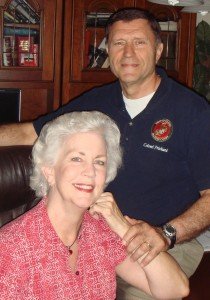 Don Prichard is a Viet Nam veteran who served in the Marine Corps Reserves for thirty-two years before retiring as a colonel. He is also a career architect, whose specialty in government work includes the design of prisons, courthouses, and military facilities.

Stephanie is an army brat who enjoyed living in many countries before settling down with Don to raise their family … and, eventually, to co-author the first of what they hope will be many books.

The novel officially releases on November 1st. But if you just can’t wait, you can read it as a FREE serialization on Don and Stephanie’s blog!

Other places you can stalk them:

How Often Does a Writing How-To Book Leave You Crying?