Hey, guys! Molly the Adventure Dog. I’m back! Last month, I wrote my confession to how I lost the GoPro. (It was mostly the deer’s fault.) Today, I have cool news.

Yup. And my girl finally figured out that I had a strategy all along.

After the GoPro went missing, my girl and I largely replaced our usual hikes with a massive search-and-rescue operation. We’d go out to the area where I’d tried to play tag with the deer, and comb the hillsides and beat the bushes. My girl had broken down our search area into sectors, and planned to cover each one thoroughly in a systematic approach.

I only came along cuz we got to crawl around deer habitat. Ohhhhh, the smells! 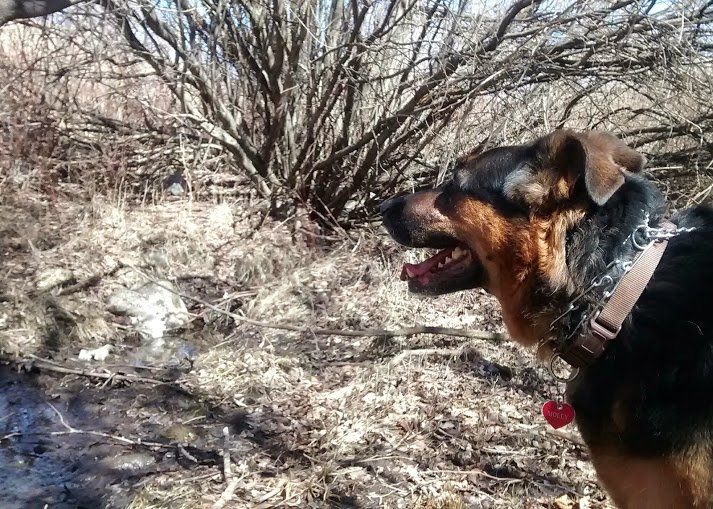 “Danielle,” he said, “call the office. Somebody mighta found your GoPro.”

My girl was pretty excited as she called the sheriff’s office. Jeff the Dispatch Guy asked her to describe her missing camera (as if he didn’t remember the day a grass-and-burr-covered girl and her dog walked into the sheriff’s office), and confirmed that it was the right camera.

We jumped into the car and drove downtown. Jeff the Dispatch Guy told us that a dog had run into a draw (hmm, wonder if he was chasing a deer?) and when his owners followed him, they found the GoPro. Imagine that!

“So …” my girl told Jeff the Dispatch Guy, “in other words, a dog lost the GoPro, and a dog found the GoPro?”

“Yeah. Must be karma, or something.”

Yup. Canine karma! Cuz just a few days after we got that camera back … my girl finally figured out why I’d went and lost it in the first place!

See, back when we were combing her Search Sectors, we found a bunch of deer trails. If there’s one thing we miss about our old home town, it’s the dirt trails we used to walk every day. We’ve had a hard time finding any in Washburn. Sure, there was the trail by the river where I lost the GoPro in the first place, but it was hardly long enough to call a trail. Since hiking trails have been so scarce, we sometimes take to deer trails.

So now that the search was off, we went back to one of the Search Sectors, just to hike the deer trails for the fun of it. 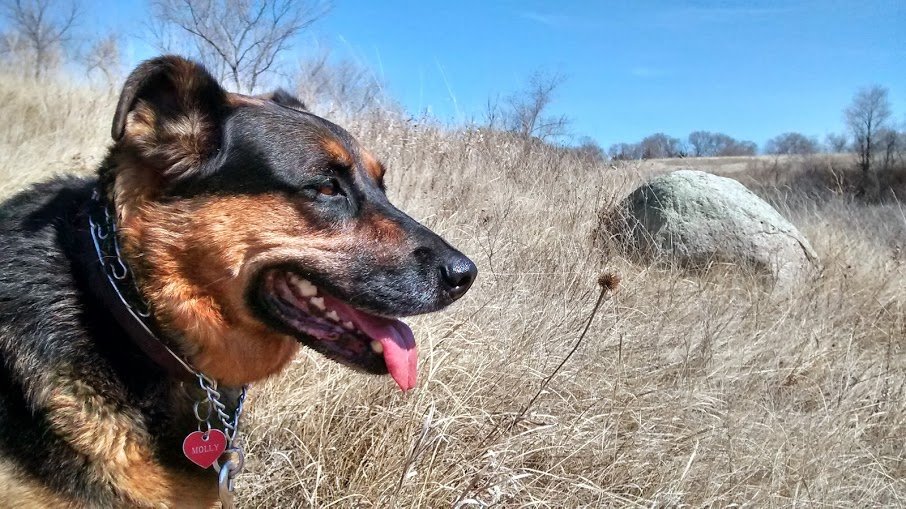 And we hiked down toward a little creek in the bottom of a draw, and we saw somethin’ funny. Why, for all the world it looked like a for-real dirt trail! At first, my girl thought it was private, like the owners of the nearby house had beat a trail to the creek for their kids to play. But we followed it a ways, and it wound through one draw after another after another. We’d come out of a draw and lose it and think it was over, only to find it starting again in another draw. It crossed roads we’d driven on a hundred times, but the track was so faint, you’d never have seen it if you hadn’t been lookin’ for it.

And you’ll never guess where we found the trail head. Just a few blocks from home! 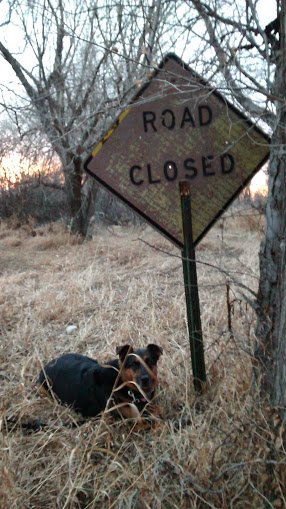 The Trail Head. Not sure why it says “Road Closed.” There is no road.

My girl looked at me and smiled. “Ohhh,” she said. “That’s why you lost the GoPro.”

Yup. I was scouting out this awesome new hiking trail! My girl and I have been going almost every day ever since. See? I knew what I was doin’ all along.

My girl says I’ve used up as much space as I’m allowed for one blog post. So maybe next month I’ll have to put up a video of our new hiking trail. I’ll try not to lose the GoPro this time … 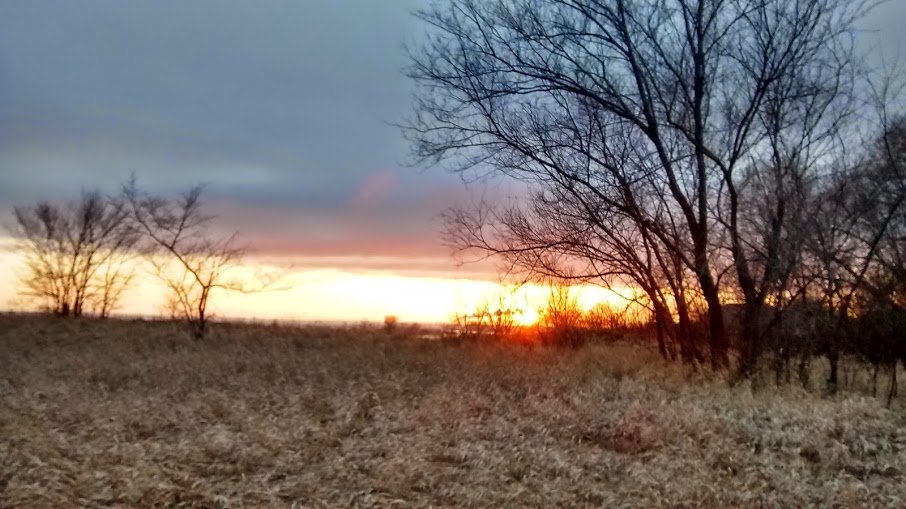