Molly the Adventure Dog again! Guess what? It’s my birthday! On April 15th, I’m all of nine years old. Yep. Nine! In honor of my birthday – and in honor of FIVE YEARS with my awesome girl – we’re posting our favorite pictures … of ME!!!

Here I am on May 1, 2010 – just a couple weeks after I arrived at Central Dakota Humane Society. I was a stray, and about as down on my luck as I could get. Well … at least I had a red ball. 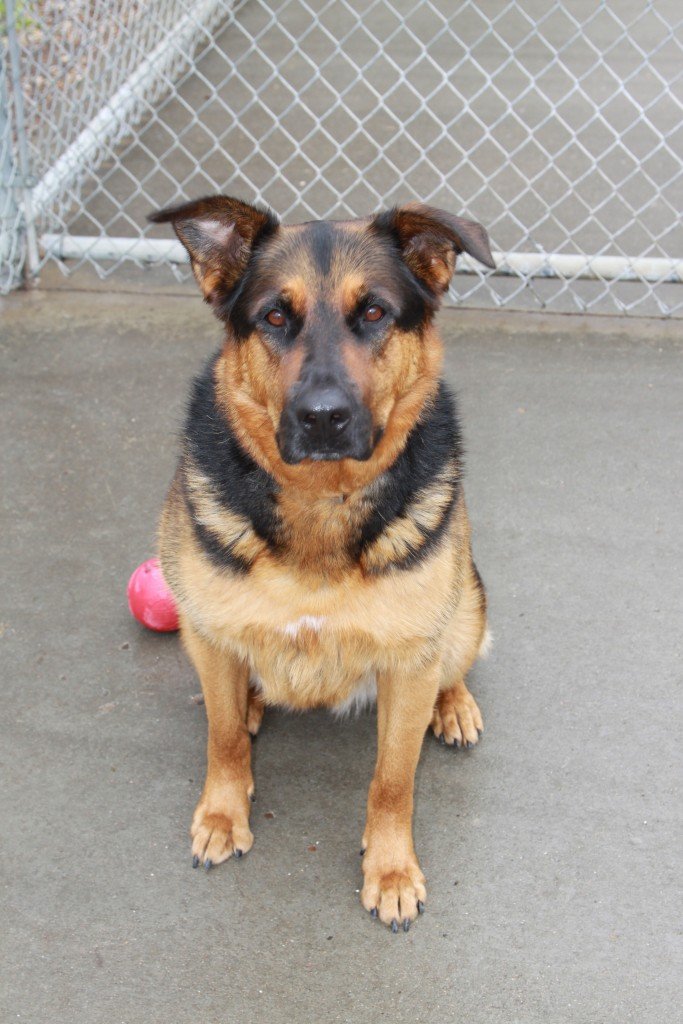 Right after I ended up at the shelter, the girl who was to become My Girl started volunteering. Here we are at the shelter just two months later in July. Can you tell I adore her??? 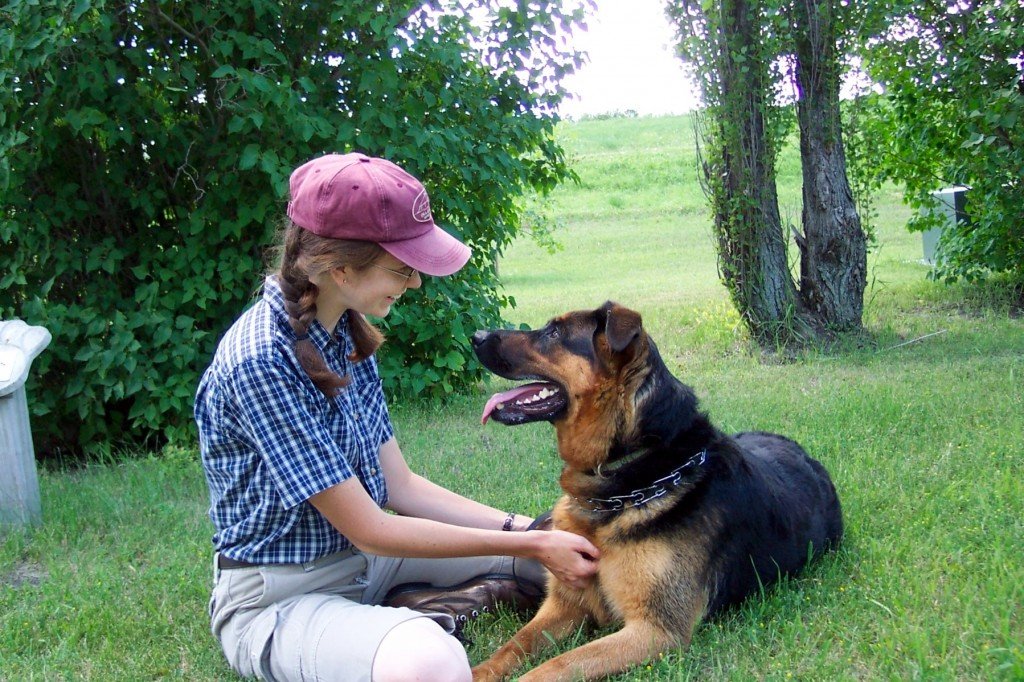 Here I am doing one of my favoritest things with my bestest buddy Peso! He’s been my boyfriend all this time! 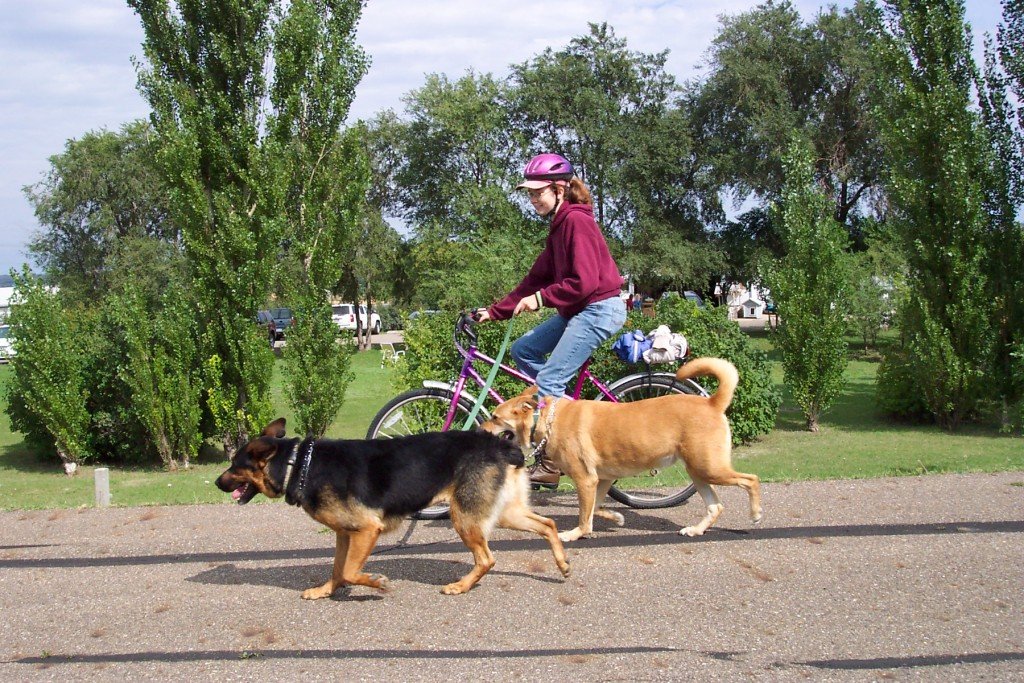 In October … my girl adopted me! 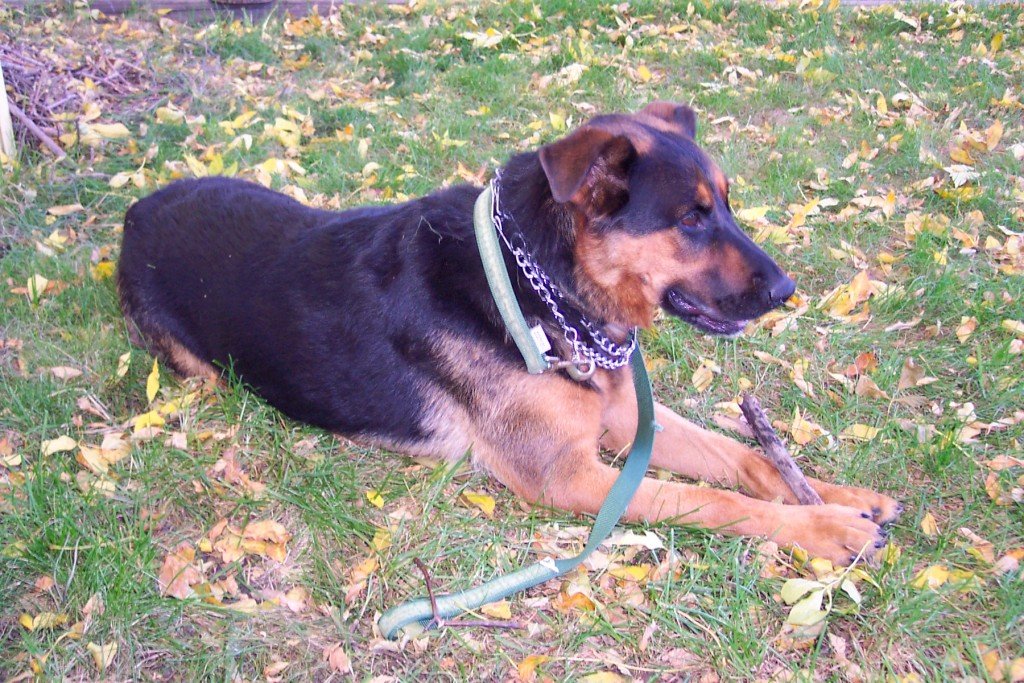 That’s when the adventures started in earnest … 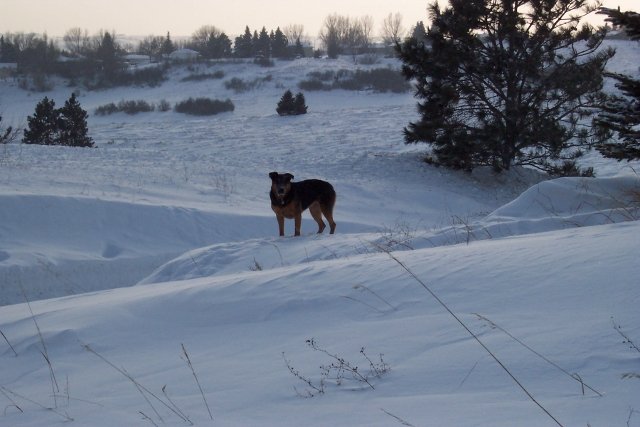 The first time we went camping together! 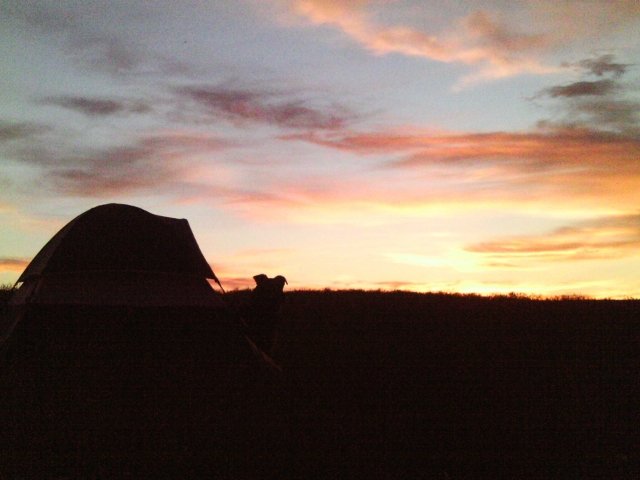 We had the lake all to ourselves! This became the most iconic picture of me! Some of you might remember it as the featured image over at the old blog. 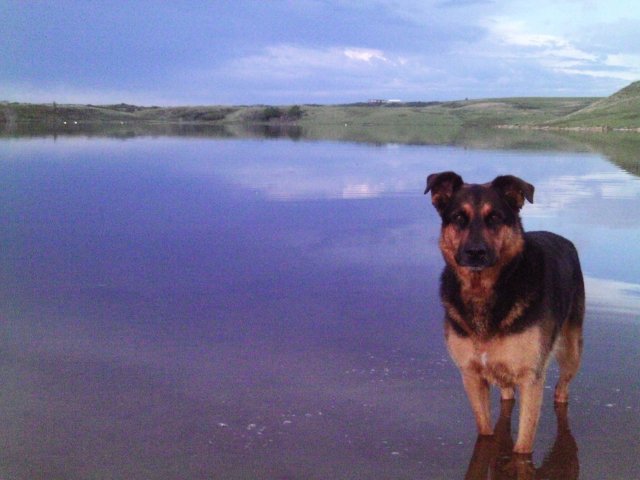 But this is MY favorite picture of me! Splashy!!! I love going swim-swim! 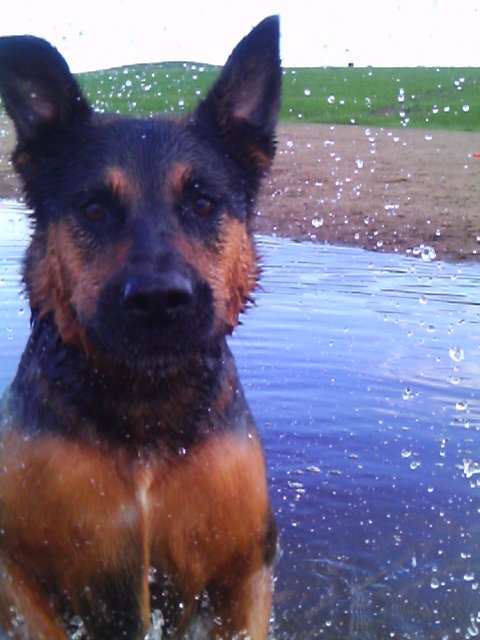 Our adventures even brought us to Minnesota! (My girl and me want a log cabin some day.) 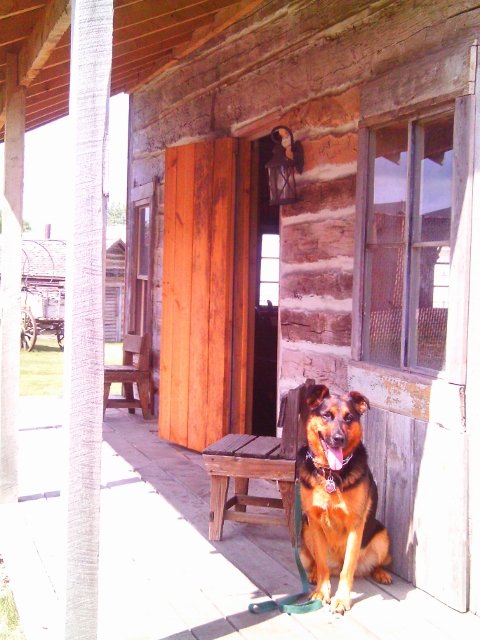 And eventually to our new home town of Washburn, where we started hiking on the deer trails. (This is my hero shot.) 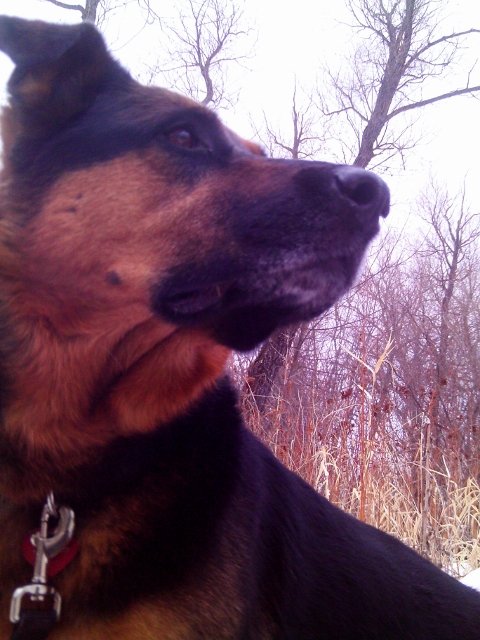 A version of this next photo (without me in it) became the picture you see at the top of my girl’s website! (Yeah, she edited it for the dramatic red effect.) 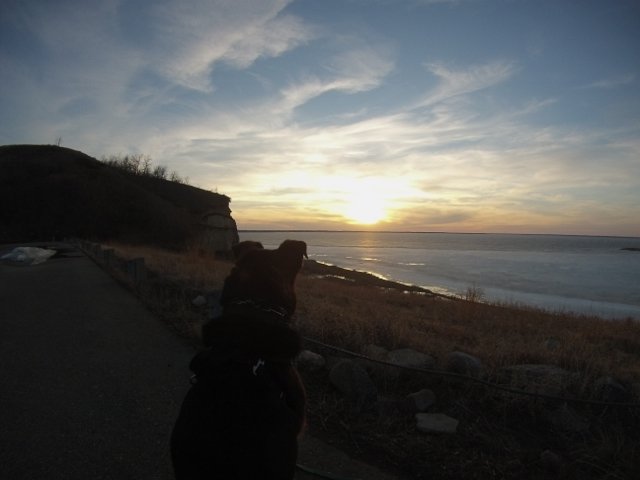 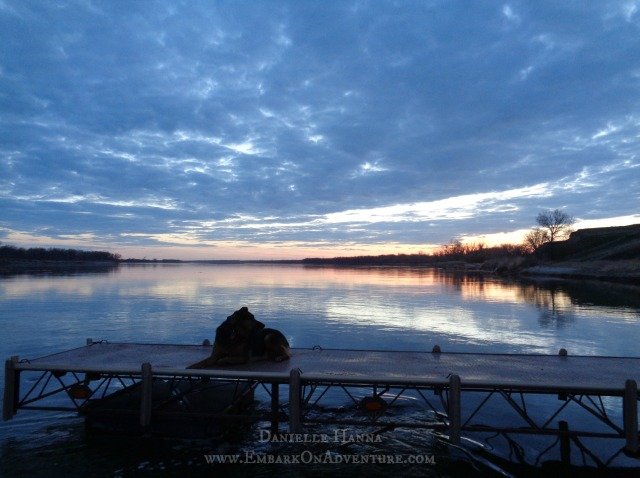 My girl says this one of me in the grass is one of her favorite pictures of me. Must be, cuz she has it framed in the living room! 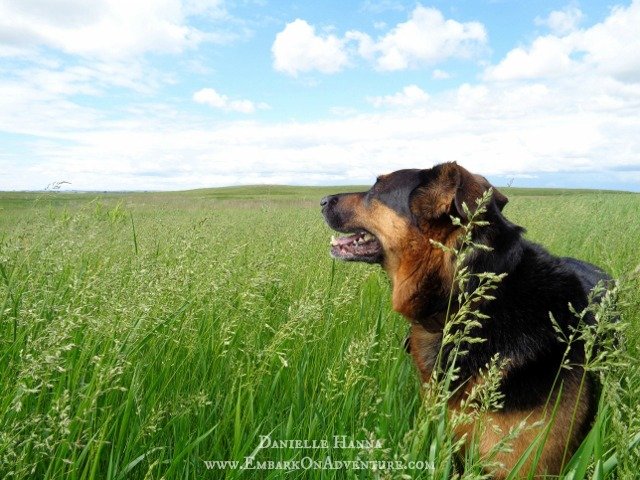 My sister Juliean likes camping, too! (But she complained about the lack of a litter box and wanted to pee in the fire pit … with a fire in it …) 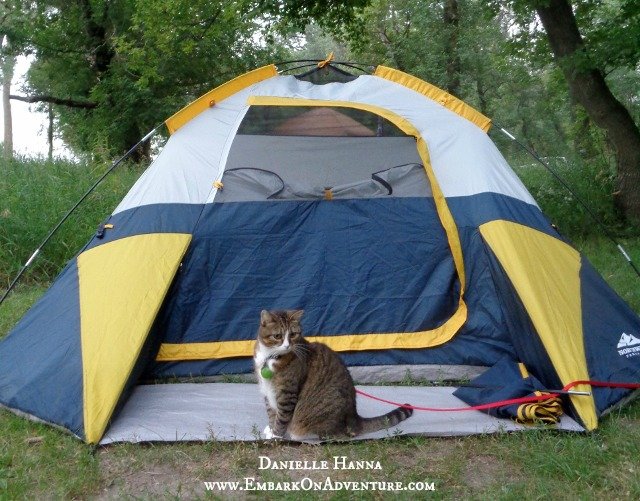 In 2014, we went to Wisconsin! I helped my girl on her research trip by recording a reference video of Lake Geneva for her novel Mailboat. You can see the results of my hard work here! Yep. That was my first time with the GoPro! 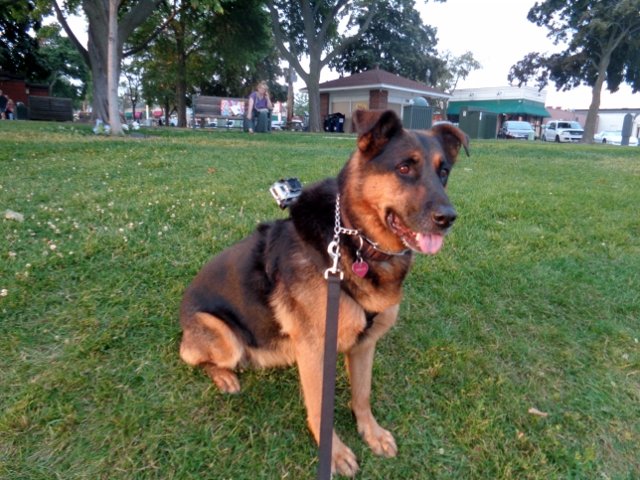 After that, I kinda got hooked … Our winter video is here. 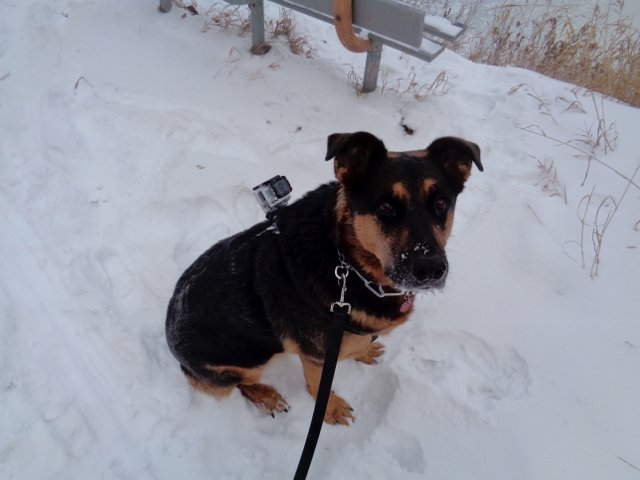 Where will our adventures take us next? Who knows! But you can bet my girl and I will be side-by-side! Thanks for sharing them with us, and Happy Birthday to MEEEEE!!! 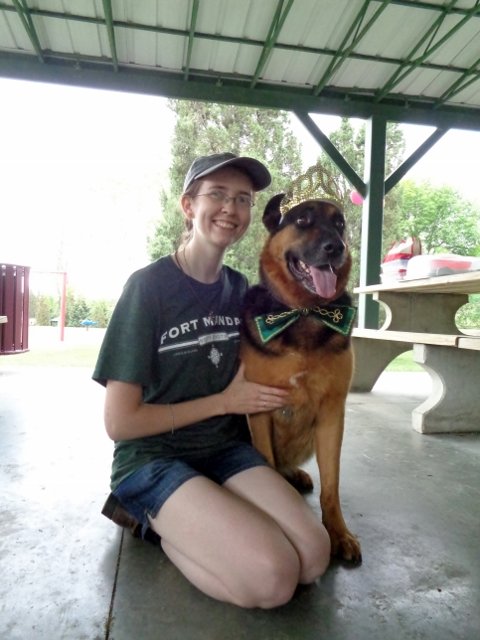 A Note from the Human to Her Dog 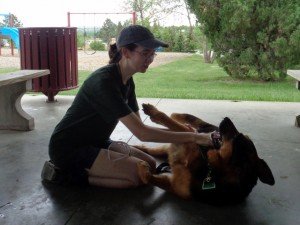 Molly, you are my world. I tried so hard not to fall in love with you, because I never dreamed you could be mine. But for once, fortune smiled on me.

If I could guess what form my guardian angel would take, it must be a dog, because your kind have always brought change for the better to my life. It was a kennel full of homeless dogs that gave me wings in the world. It was my Molly-girl who brought me love when I most needed it. It was you who kept me alive when I didn’t want to go on. You were the one who forced me to find an obscure apartment in a little town. And it was a couple of stray dogs that brought a sheriff’s deputy to my door … who became my Daddy, the one person in the world I truly needed.

I owe you everything. And for all you knew, you were just chasing sticks and going for car rides.

Happy Birthday, Molly-girl. I will love you for always.

Vote for Your Favorite Title!