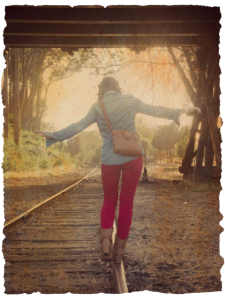 The work-life balance is a popular topic amongst authors, many of whom are working a job and raising a family while trying to finish and promote a novel on the side. In fact, I’ve heard this discussion so many times as it relates to authors that I’d eclipsed the fact that everyone deals with this, whatever their job.

A theme I often hear is “family first.” Or at least, family falls high on most people’s lists. However hard they’re working, most people looking for a balanced life want to be able to fit in quality time with their family.

Most people looking for a balanced life want to be able to fit in quality time with their family.

I’ll admit, my work-life balance is pretty skewed. I’m single and writing full-time, which means I tend to get tunnel vision and forget important things like eating, socializing, cleaning the apartment, and sleeping. Fortunately, I have a cat and a dog who demand I get out of my chair often enough to feed them and play with them (and clean up the occasional hair ball).  But by and large, my days consist of sleeping, writing, promoting, sleeping, writing, promoting …

Where does family fit into my work-life “balance?”

Basically, when I hear one of two ringtones, I drop everything I was working on and make myself available.

My childhood and upbringing were kind of a flunk–a really pathetic failed experiment in cloisterism and dominance. I think I was supposed to learn moral purity, but what I got out of it instead was a deep distrust of anything calling itself “family.”

By some miracle, I was adopted by new parents as an adult, though they had their work cut out for them convincing me to give family another try. (The story is included in my upcoming book Journaling to Become a Better Writer.) But I’m slowly learning that there can be love without control, that two or three can be better than one, and that there is strength in making yourself vulnerable.

Two or three can be better than one. There is strength in making yourself vulnerable.

As driven as I am to accomplish as much as I can in a day and a lifetime, I’ve made my new family my first priority. If they want me to come with to the vet (40 miles from here in the boondocks) to help wrangle the dogs, I’ll throw my shoes on and be waiting at the door. If they have extended family in town and want me to hang out with them, I’ll be there. If they have a day off and want to do something together, I’ll be right over.

There have been times when I had to come later or leave earlier, but I don’t remember ever turning down an invitation.

Thanks to being my own boss, I have the liberty to flex my schedule like that. Not everyone can. And I’m frankly going against the cardinal rule of working from home: Create a schedule and stick to it, just like you would at an office. Don’t let other people overrun your time.

But here’s the thing. My past experiences with my previous family left a scattering of negative effects on essentially every facet of my life. I eventually realized that I would never be a successful writer and business person until I was a whole person. And I would never be a whole person until I knew how to love and be vulnerable and make myself part of a genuine family.

I will never be a successful writer and business person unless I am a whole person.

So in a very real way, my success as a writer grows out of the time I spend with my family. Work and family exist in a symbiotic relationship for me, with family as the foundation.

Success grows out of the time I spend with my family.

Work and family exist in a symbiotic relationship, with family as the foundation.

In my case, the connection is fairly obvious, and the “before” and the “after” versions of my family life make the importance of family equally obvious. But I’ll wager that the symbiotic relationship I found was the way work and life were meant to interact, with the time spent with family fueling and inspiring the time spent at work.

Time spent with family should fuel and inspire time spent at work.

How do you feel about your work-life balance? What would you like to spend more time on? How do you think you can get there? Feel free to continue the conversation in the comments!

The News from My Writer’s Desk

I am in the throes of National Novel Writing Month (NaNoWriMo) and earned my 5,000-word badge last week. That’s a drop in the bucket compared to the 50,000 words I have to write to “win” NaNoWriMo, but it’s also 5,000 words completed on my manuscript. I’m re-learning the fine art of flinging research and good writing to the wayside and just getting the story down on paper. Like an ugly duckling, the real story will manifest as it matures!

Rolling Too Fast to Stop

If You Keep a Journal, You Are a Storyteller