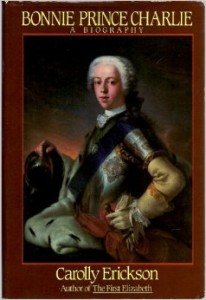 No doubt you’ve heard the name, maybe even heard the songs and lore, but who was the Bonnie Prince who tried to win the throne of Great Britain?

The son of an exiled claimant to the throne, young Charles Edward Stuart arrived on the shores of Scotland with only a handful of close companions and no troops. The Highland chiefs were initially unimpressed. But when young Charles declared his determination to march on Edinburgh and London with or without their help, they realized this was a prince they could fight for.

What followed was one of the most dare-devil military campaigns in history. Charles and his Highland army blazed across Scotland and England, defeating superior Redcoat armies with nothing but surprise and determination. They were within sight of London when Charles’ advisers convinced him that this victory would not be so certain, and they turned back to try again the following spring. It proved a costly mistake. 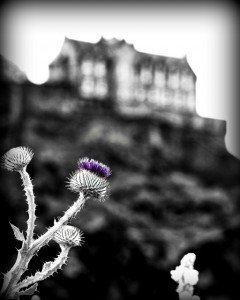 I was particularly interested to read this book – or any book on Bonnie Prince Charlie – since those events of 1745 form the backdrop to my all-time favorite book, Kidnapped by Robert Louis Stevenson. In addition to filling in the gaps in my knowledge, this volume by Carolly Erickson proved a thoroughly engaging read.

Far from a dry history lesson, Erickson has a remarkable ability to paint the canvas of the life and times of Prince Charles. Her prose is thoroughly engaging. Yet the entire tale is thoroughly grounded in original documents and letters.

She also extended the story beyond the flash-bang excitement of “The ’45” to include the late-life disappointments of the aging Prince, who would later insist on the title “King Charles III,” but could never claim it.  As a fatherless daughter, I was particularly touched to learn that when his life had spiraled to its lowest, the last ray of sunshine that brought his life out of misery came from his only child, his daughter Charlotte. 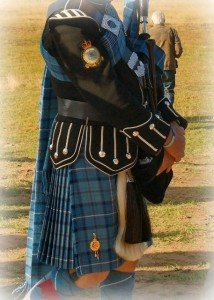 Erickson’s biography was the perfect place for me to begin exploring the backdrop to my favorite novel. The parallels between the Prince’s adventures and those of the non-royal main characters in Kidnapped made me wonder how much Robert Louis Stevenson drew inspiration from Charle’s life for his heroes. No doubt, I have more studying to do! But first … I think I’ll read my favorite novel again.

#BYNR: Bonnie Prince Charlie, leader of one of the most daredevil military campaigns in history. 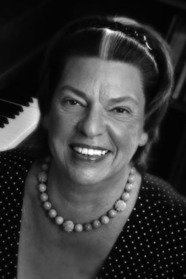 Distinguished historian Carolly Erickson is the author of Rival to the Queen, The Memoirs of Mary Queen of Scots, The First Elizabeth, The Hidden Life of Josephine, The Last Wife of Henry VIII, and many other prize-winning works of fiction and nonfiction. Her novel The Tsarina’s Daughter won the Romantic Times Reviewer’s Choice Award for Best Historical Fiction. She lives in Hawaii.

A Letter to My Father